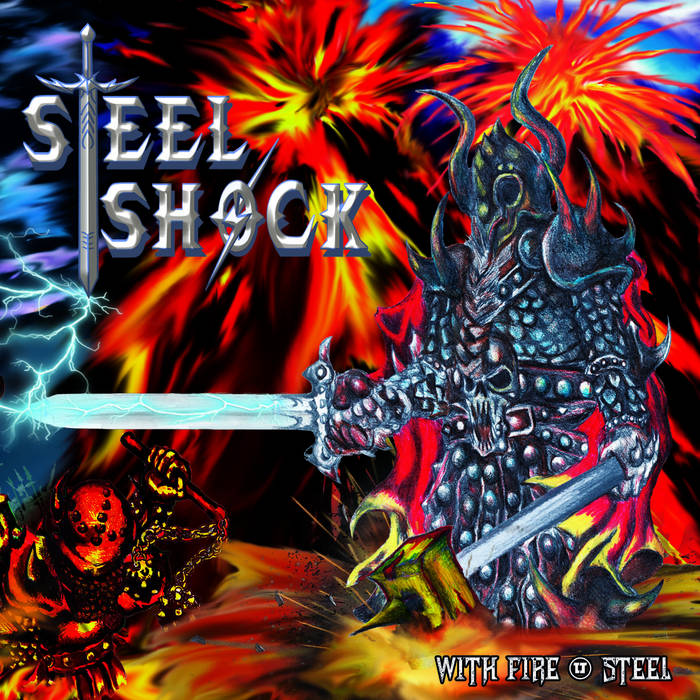 The Press says:
Streetclip.de (DE) 9/10 – (“….That's heavy metal purism and that's how it's makes fun. If the record had been released in 1982, you would now have the word CLASSICS in your mouth. So it's an album for the genre, where all the big names have to compete with their often half-baked mainstream productions. And many will lose …“).

Aardschok (NL) 8/10 – (“...Within this genre ofcourse numerous records have already been made. Yet ‘With Fire & Steel’ manages to distinguish itself on important points. The enthusiasm, the catchy songs, the solid playing and the authentic sound. Great Album….”).

Headbangers Zine (NL) 8,8/10 - It keeps on enticing you to listen to it again and again, and it keeps growing on you.The true characteristic of a great album.

Heavy Metal Holland (NL) 9,2/10 Lords Of Metal (NL) 80/100 –
These five guys are bound for glory and can't be stopped. If you want to survive this true metal attack, then you'd better arm yourself to the teeth.

PowerMetal.de (DE) 8/10 – More metal than we get on "With Fire & Steel" both textually and musically we get around the ears, is almost impossible.

We love, admire and live for old- school heavy metal. We embrace the ancient ways of hardrock and heavy metal, and all its glorious clichés. We’re having a good time, because we do what we love, and we love what we do! Join us and fight for Heavy Metal!

Keep it safe, keep it true, keep it METAL and Shock That Fuckin’ Steel! ... more

Bandcamp Daily  your guide to the world of Bandcamp

MF DOOM is given his flowers, plus appearances from MC Jada Imani and Stanley Ipkuss